When I was a young robot and not yet programmed for cycling wisdom, a local pro approached me, a new friend of mine. She leaned down and removed the valve stem cap from my front wheel. Then she threw it over my shoulder into a nearby garbage can. “You don’t need that,” she said. “You never need that,” and she smiled a smile that was both friendly and pitying.

Since then I have held the view that those small plastic caps are, indeed, pointless. 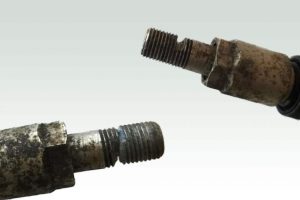 Oh, there is an argument to be made that they protect your valve from malevolent forces, but I have yet to see a force more malevolent than the rider him/herself who might cause damage to an innocent valve. I myself have sheared off the top pin by overzealously removing the pump head before adequately releasing its purchase from the stem. And I have seen corrosion do terrible things as well, the buildup of road salt and grime destroying the fragile valve, but in the former case, the cap does no good, because the rider has already removed it, and in the latter case, the rider gets exactly what s/he deserves for not cleaning their bicycle adequately.

Are we a bunch of animals? Don’t answer that. It was rhetorical.

And so we return to the premise that the valve stem cap is a waste of time and material.

For many years I was involved with the sale and delivery of very high-end, custom bicycles. All those bikes left the shop with valve stem caps in place, for it was not my money that purchased the tubes, and so not my place to decide for the rider whether a cap was a jaunty accent or handful of useless grams.

Wind tunnel testing concludes that the valve is more aerodynamic without the cap, too. AND, I have just slapped myself for writing that sentence. 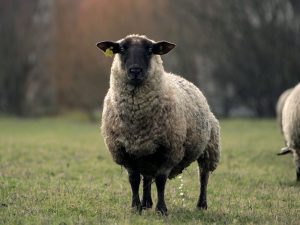 As a fairly predictable aside, I’d like to just say that I have heard valve stems referred to as ‘nipples,’ as in “Make sure the nipples line up with the logos on the tires.” Without meaning to be prudish, that’s just a poor use of the word “nipple,” even if it’s mechanically correct. And while I confess I DO always align my valve stems with my tire logos, it’s one of cycling’s many rules that I find kinda dumb. I know where the stupid valves are, because there are valves there, and if we’re only doing it for the aesthetic symmetry, well, I just can’t even.

Even though I can and do. Because I’m a sheep.

Also, let’s not spend all our time up the business end of the nipples. There’s a small, round, knurled nut that secures the valve in place on the rim. How am I supposed to feel about that? On the one hand, maybe the nut keeps the valve from rattling against the hole in the rim and/or the tube from working back and forth inside the tire and shearing the valve off completely. On the other hand, how many of these can I drop behind my work bench where evidently they fall down a wormhole into a parallel dimension that is home to small hardware of every stripe? The answer: All of them.

And why are those things knurled? How much does nut knurling add to the cost of the nut/valve/tube module? Is there someone, somewhere whose whole job is nut knurling? The mind boggles.

But let’s get back to our nipple covers, our velo-pasties, if you will. 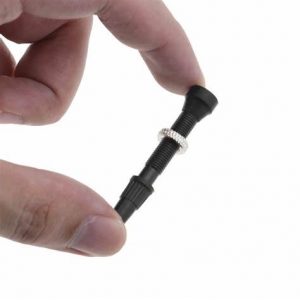 This review goes on and on, and we haven’t even mentioned anodized aluminum valve stem caps, color coded to match hubs or rims or bar tape, a level of matchy-matchy preciousness that bears vivid testimony to the vast excess of time humanity evidently has on its hands. I’m embarrassed to have brought it up.

Look, here’s the bottom line. If, as you read this, you think to yourself, “Hey, I use those caps!” Well, that’s good actually. It means a few less plastic bits leaching their chemical poison into the ground water, and it means you’ve got your nipples covered, which in this day and age, is never a bad idea.

It’s our (quite possibly more than) annual subscriber drive this month. Do us both a favor and subscribe. It saves me writing these dumb blurbs at the end of my dumb articles.