It is what it is. We are where we are. Ah, how humans bask in the truth and glory of a good tautology. Wait. Can tautologies be good? Can they be bad? A hemorrhoid is a hemorrhoid. Yeah. They can be bad.

I can’t tell you the time and date of my first global positioning, the moment I first spoke to a satellite and it spoke back. “You’re right there!” it replied, “Or within about 20 feet of right there!” I wish I could say what went through my mind next, but it was likely something akin to, “Yeah. Ok.”

Few who know me will accuse me of being a particularly forward-looking person. It is probable that I just don’t see the magical implications of new technologies and/or more accurate data. I’m more likely to be thinking about that spot I missed with the chamois cream.

The satellite says I was there, and then the next time it checked, I was there. It measures the duration of time between my appearances. It generates speed. The speed is disappointing, let’s be honest, and it puts paid to the wild guess I would have made later. 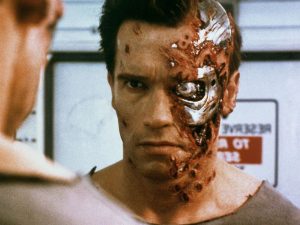 “Oh, today’s ride? Yeah. Probably about 22mph average.” Poof. The lie is disintegrated from low space orbit. The satellite relays information packets, but it also shoots tiny truth lasers. This is another of the technology’s implications, and it is rude.

I have a friend who works on Google Earth technology development. He is of sufficient status within the company that he is not able to tell me, beyond the detail I just shared, any more about what he does. (Why would someone that smart maintain a friendship with a dullard like me? I have also had that thought.) This same friend once told me that he believes we will eventually be enslaved by robots (oh, the irony!).

I don’t want you to worry (mainly because your fate is already sealed). Your GPS unit is not going to put you in a full nelson and hold you there until you say ‘uncle’ or buy it a virtual pack of cigarettes (because what else do bullies want?). 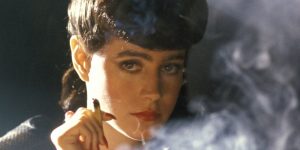 I just want you to ask yourself, the next time you’re 50 miles from home, off-course, and on the verge of a tragic bonk, if knowing exactly where you are, within a few feet or so, is any more helpful than just knowing, sadly, that you are where you are.