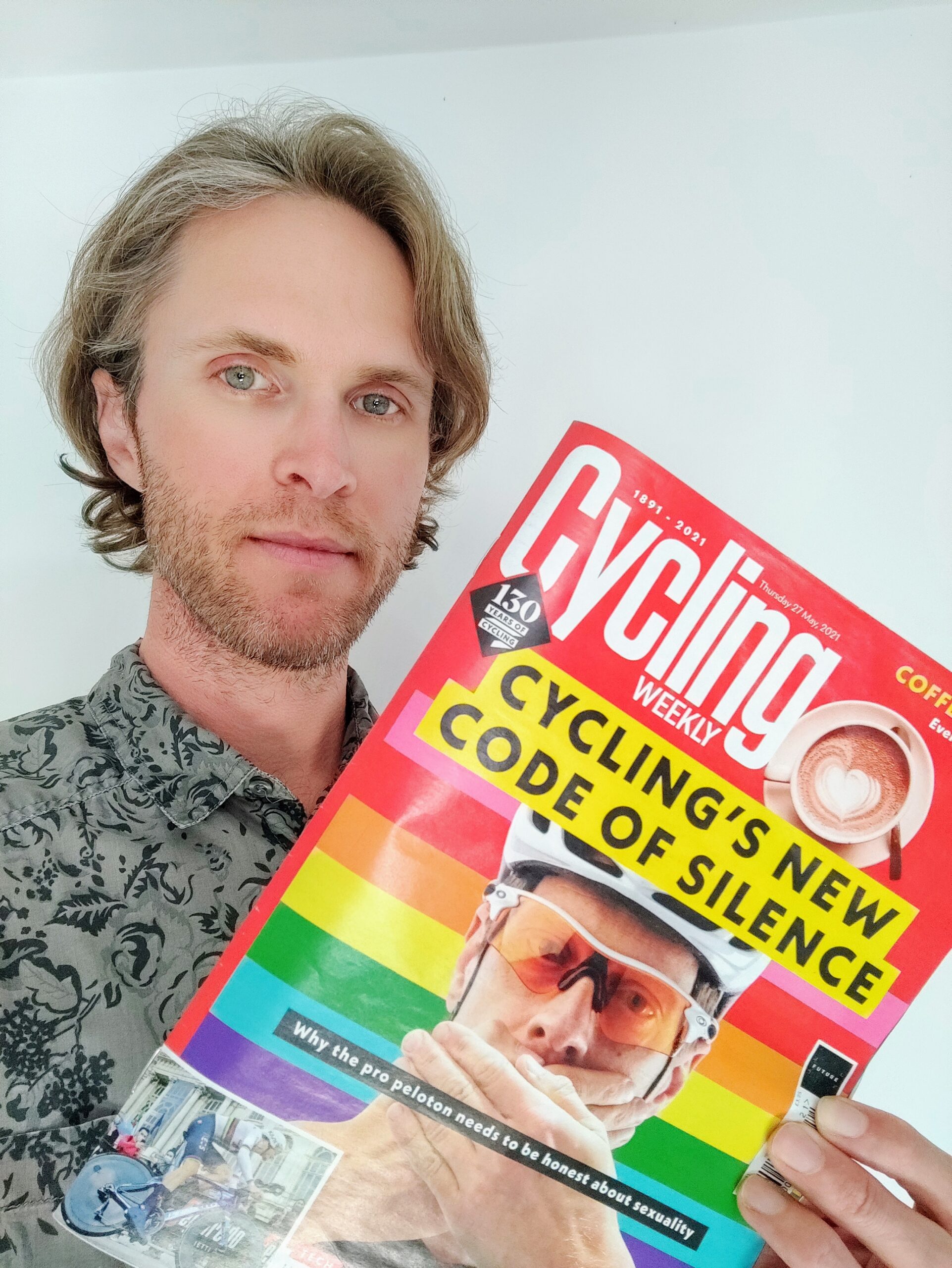 This week, we jump across the pond (as they say) to speak with David Bradford.  David is the fitness editor for Cycling Weekly and his article titled   “Why Is the peloton hiding its true colors?” is getting a lot of attention – in fact, it caught mine!

David spent a lot of time trying to find someone to speak with him about the topic of gay riders in the pro peloton.  Out of 968 competitors, the statistical probability that not one of these riders is gay is about one in a trillion – he called his mathematics buddy to establish the probabilities.

But, even after his article was published,  the response from male riders has been crickets.

Statistically, it’s beyond improbable that there are NO gay men out of the 968 riders David uses as his sample.  So, what’s going on here?

I wanted to know more and I also wondered whether women are more likely to just come out and tell it like it is – and, we find that they are.

Then, we meet up once again with journalist, teacher, and urban planning researcher, John Surico.

When last we spoke – back in April – we talked about what life was going to be like post-pandemic and how cities have and will continue to respond.

Now, his new piece for Bloomberg’s City Lab, “Greenway Stimulus Could Bring Boom In Biking and Walking Trails,” focuses on the possibility of a $10B – that’s billion with a capital B – boost for greenways.  From BIG projects like the ECG to your neighborhood connector to a local path, biking and walking are slowly making their way to center stage in legislation large and small all over the country.